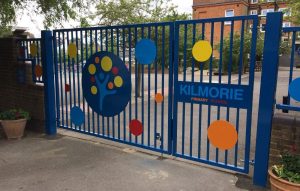 A common fallacy which is perpetuated in Dominant American Culture is that due to a free public school system, all students have access to an equitable education. However, absolute mobility–the fraction of children who earn more than their parents–has sharply declined. Statistics from the 1940s indicate that absolute mobility was recorded at nearly 90%, compared to 50% in the 1980s.

Emma Garcia and Elaine Weiss from the Economic Policy Institute have expanded on this phenomenon in their paper “Education Inequalities at the School Starting Gate” which was written September 27, 2017.

Employing data collected from the National Center for Education Statistics (NCES) on kindergarten classes from 1989-1999 and 2010-2011, which measured gaps in skills by social class. These gaps existed in both cognitive and non-cognitive skills, and was measured against 12 case studies of communities that created comprehensive educational strategies for low-income children.

Utilizing socioeconomic status (SES) as a metric in their study, they found that paternal activities, parental expectations, and pre-K participation reduced the gaps between high-SES and low-SES students, but do not necessarily eliminate them. This indicated that family characteristics and investments, while contributing to student success and the SES gap, do not definitively explain why the gap continues to grow. Garcia and Weiss also state, that while parental participation in pre-K programs and time spent with younger students “cushioned” negative effects resulting from low-SES, they did not compensate for achievement gaps completely.

Garcia and Weiss conclude that policy-makers have neglected to address inequality in education, and that greater investments in early childhood development and education with comprehensive support for children throughout their academic careers would significantly address achievement gaps for disadvantaged children.

This site uses Akismet to reduce spam. Learn how your comment data is processed.

Welcome to our course blog!

This blog lets students summarize what they are learning about research. It also lets them post examples of good research that they find each week -- analyzing them to highlight the key design elements that make good research possible.

(We will delete spam and comments that are impolite, irrelevant, or oriented toward anything but reasoned learning.)